The Route of Shame takes place during the 103rd International Labour Conference (ILC) in Geneva. A major focus of the annual ILC is to determine whether countries are upholding their obligations to respect the rights of workers and their trade unions under International Labour Organization conventions. 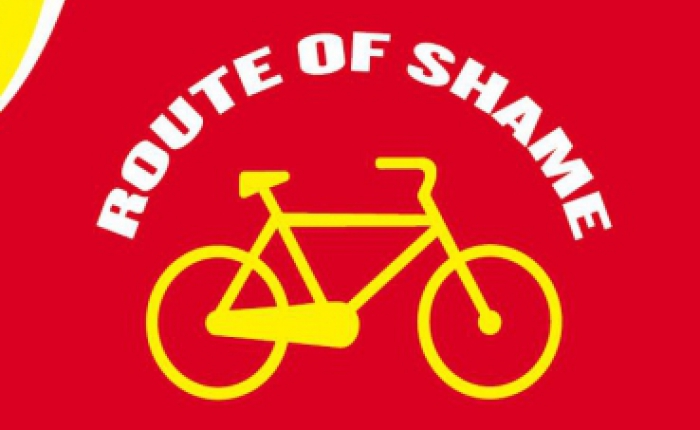 Geneva (28 May 2014) - Led by members of the global union federation Public Services International (PSI), trade union leaders from around the world will join in a Route of Shame bicycle ride June 4 and visit missions and embassies in Geneva, Switzerland, to draw attention to countries that consistently violate workers’ rights. In other cities around the world, PSI affiliates are organizing similar actions.

The Route of Shame takes place during the 103rd International Labour Conference (ILC) in Geneva. A major focus of the annual ILC is to determine whether countries are upholding their obligations to respect the rights of workers and their trade unions under International Labour Organization conventions.

Canada among countries of concern

Guest speakers along the Route of Shame will include trade union leaders from Algeria, Ecuador, South Korea, and Georgia, where independent trade unions are suppressed by the government—and from Guatemala—where dozens of public service union members have been assassinated in recent years.

A number of other situations will also be highlighted. Gross human rights violations are committed in Turkey where union members, including women and sometimes even their children, are locked up in isolation under false pretexts and denied access to due legal process or medical treatment. In South Korea, democratic unions are denied recognition and workers are pushed into precarious employment.

Pavanelli says, “Too many governments prefer to act in the interest of the few, and that is why inequality is rising at an ever faster pace all over the world. We need investment in decent working and living conditions, supported by quality public services. We claim the right to strike for all workers, in both the public and private sectors. All workers are entitled to social protection and a decent wage and working conditions. Traditional methods of engaging in global policy setting are failing to produce substantive results for human rights. We stand with the millions of workers who struggle for their rights and do not give in. International solidarity makes us stronger.”

Public Services International
The Route of Shame on Facebook