"Equalize is the theme for World AIDS Day 2022, and NUPGE believes in health care as a human right. The current pandemic has again shown us that we all benefit if we work together to address global issues like health inequality, COVID-19 and the ongoing AIDS pandemic."  — Bert Blundon, NUPGE President

Ottawa (1 Dec. 2022) — World AIDS Day, commemorated on December 1, is a day to raise awareness about AIDS and the ongoing global spread of the HIV virus. The National Union of Public and General Employees (NUPGE) supports health care as a human right and believes in global health equality.

NUPGE also continues to support "Getting to Zero: zero new HIV infections. zero discrimination, and zero AIDS-related deaths," — the theme of past World AIDS Days. Unfortunately, in the 25 years since World AIDS Day was proposed, we continue to see vast inequality and little cooperation on global health issues. Both the AIDS and COVID-19 pandemics have shown that it is essential that the global community work together. These crises transcend international borders, and without a global strategy and global cooperation, these pandemics continue unabated.

Start by equalizing access to essential medicines and vaccines

NUPGE has long opposed global trade agreements that restrict access to essential medicines, including those needed to treat AIDS patients. Civil society groups reject the compromise proposal on TRIPS waiver, while continung to champion the call for vaccine justice. NUPGE believes that essential medicines and vaccines should be treated as global public goods available to all.

Canada has endorsed global targets and initiated development of domestic targets towards ending HIV/AIDS as a public health threat by 2030. These global targets state are that, by 2020, 90% of all people living with HIV know their status, 90% of the diagnosed receive antiretroviral treatment, and 90% of those being treated reach viral suppression.

Canada is fortunate to be close on reaching all these targets as outlined in estimates of HIV incidence, prevalence and Canada’s progress in meeting the 90-90-90 HIV targets, 2020. 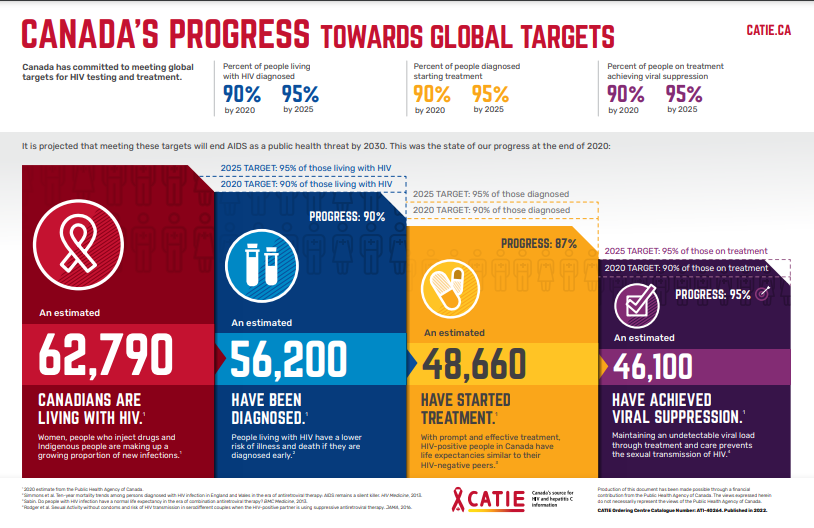 Paid plasma and the tainted-blood scandal

As we commemorate World AIDS Day, it is also important to reflect upon the largest public health scandal in Canadian history, the Tainted-Blood Scandal.

About 2,000 Canadians were infected with HIV from tainted-blood products, and as many as 30,000 were infected with Hepatitis C. Canadian Blood Services (CBS) was created as a result of this scandal to protect our blood supply and see that this never happened again. This was one of the outcomes of a Royal Commission of Inquiry on the Blood System in Canada, known as the Krever Commission, after Justice Horace Krever.

The findings of the Krever Commission included the following 5 principles:

More on the Krever Commission can be found here.

NUPGE believes in protecting the security and integrity of our current voluntary, donation based, blood and plasma system. NUPGE has joined with allies who are denouncing the 15-year contract CBS has signed with Grifols, which will see a massive expansion of paid plasma in Canada. This deal is also a violation of the CBS mandate. The original Memorandum of Understanding that created CBS, and was signed in 1997, explicitly states that Canada should maintain and protect its voluntary donor base and seek self-sufficiency in the collection of blood and plasma.

Beyond ignoring Krever and the CBS mandate, this deal goes even further and undermines provincial legislation in the 3 largest provinces that all have versions of a Voluntary Blood Donations Act, which bans paid plasma. CBS does not operate in Quebec.

The Globe and Mail reports that, "Graham Sher, the chief executive officer of CBS, said it is his understanding that the deal with Grifols will allow the company to circumvent the bans in Ontario and B.C."

This contract must be stopped and CBS must reverse course and invest in public collection of plasma, by voluntary means.

For these reasons, NUPGE has been supporting calls by OPSEU/SEFPO and others that CEO of Canadian Blood Services Graham Sher should resign. The CBS Board of Directors can remove the CEO if necessary, and if they are unwilling to take this step, then the provincial and territorial ministers of health have the power to remove the CBS Board of Directors. NUPGE is calling for immediate action to stop this deal as the proliferation of paid plasma risks our whole voluntary blood donation system. Evidence shows that paid plasma significantly harms voluntary donation.

This World AIDS Day, NUPGE supports “Getting to Zero” and global health equality, and is thus also committed to protecting our voluntary blood system.

The National Union of Public and General Employees (NUPGE) is one of Canada's largest labour organizations with over 425,000 members. Our mission is to improve the lives of working families and to build a stronger Canada by ensuring our common wealth is used for the common good.

While our Components are located from coast to coast, the office of the National Union of Public and General Employees is situated on the traditional unceded territory of the Algonquin Anishinaabeg people and is now home to many diverse First Nations, Inuit and Métis communities.

We recognize and acknowledge the crimes that have been committed and the harm that has been done.

And, we dedicate ourselves, as a union, to moving forward in partnership with Indigenous Peoples in a spirit of reconciliation and striving for justice. — NUPGE